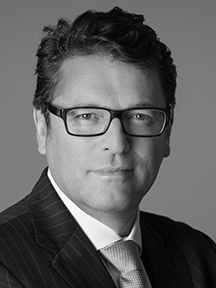 Beau is a partner in the Quinn Emanuel Australia office. Before joining the firm in early 2014, Beau was a Managing Partner at King & Wood Mallesons, responsible for leading the firm’s global dispute resolution practice.

Beau has been the lead lawyer on some of Australia’s largest litigation and insolvency disputes, including acting for Tap Oil and Kufpec in the $1bn Burrup Fertilisers gas contract dispute, and representing CBA and BOSI in defending multiple claims made by the Saraceni group (funded by Bentham IMF). His areas of expertise include:

Beau has been repeatedly recognised by clients and peers as one of the outstanding lawyers in his field. He has extensive experience advising boards on risk and insolvency issues, while also appearing as counsel in the superior courts on complex litigation. He is often sought out by clients for his ability to identify innovative legal strategies to obtain exceptional commercial outcomes.

Beau has been recognised as a leading individual in insolvency, restructuring, dispute resolution, and litigation by a range of industry publications, including Doyle’s Guide, IFLR 1000, Chambers Global Guide, Legal 500 Asia Pacific, Asia-Law Leading Lawyers, Best Lawyers and Who’s Who Legal.